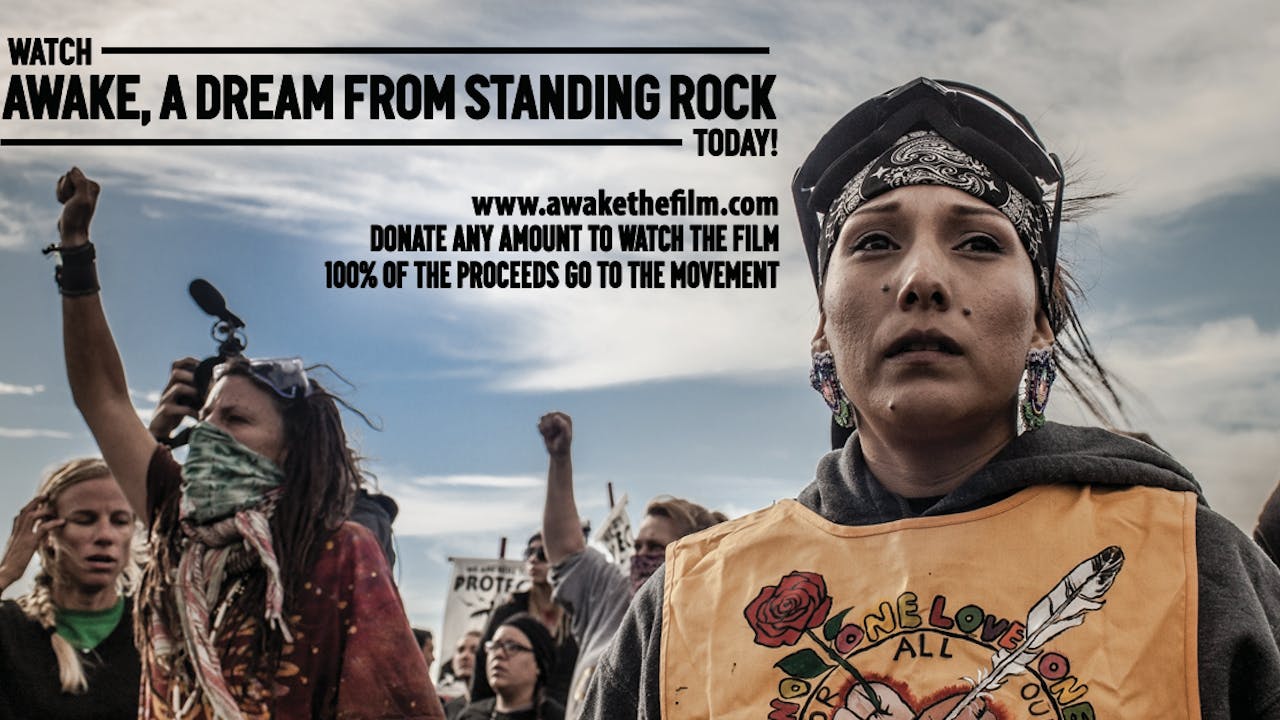 A Film by Myron Dewey, James Spione and Josh Fox.

With this purchase you will OWN the film. You can DOWNLOAD it today and keep it PERMANENTLY. Please share this film with your family and friends.

100% of the proceeds from our film will go to the Indigenous Media Fund and the Pipeline Fighters Fund. Both funds are supervised by the film’s creators and a council of Indigenous leaders to support direct actions, Indigenous filmmakers and journalists. AWAKE, A Dream From Standing Rock is a collaboration between Indigenous filmmakers, Director Myron Dewey, Executive Producer Doug Good Feather and environmental Academy Award Nominated filmmakers James Spione and Josh Fox.